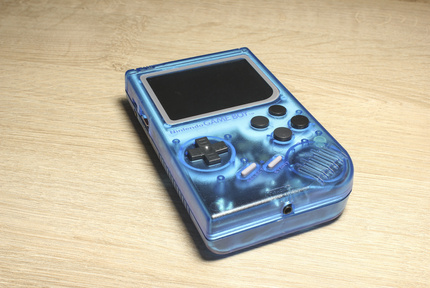 About a year ago I build a GameBoy Zero (a Raspberry Pi Zero in a gameboy shell) and this weekend I finished a second one. You can see some picture of the first one (black case) and the new one (transparant, blue shell) below. While I thought about doing a proper build log, there are others who did a much better job at documenting how to build one than I would have. So if you are interested in building on of there for yourself, have a look at the link at the bottom, otherwise enjoy the pictures. 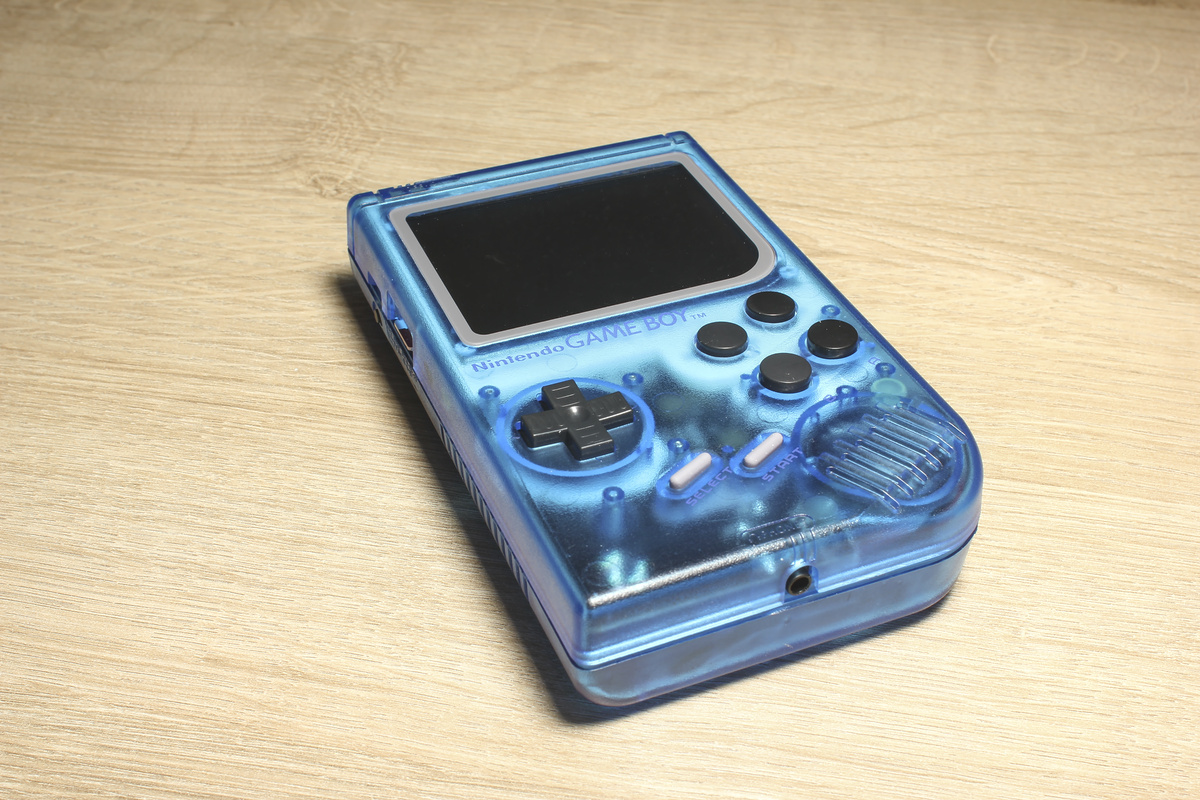 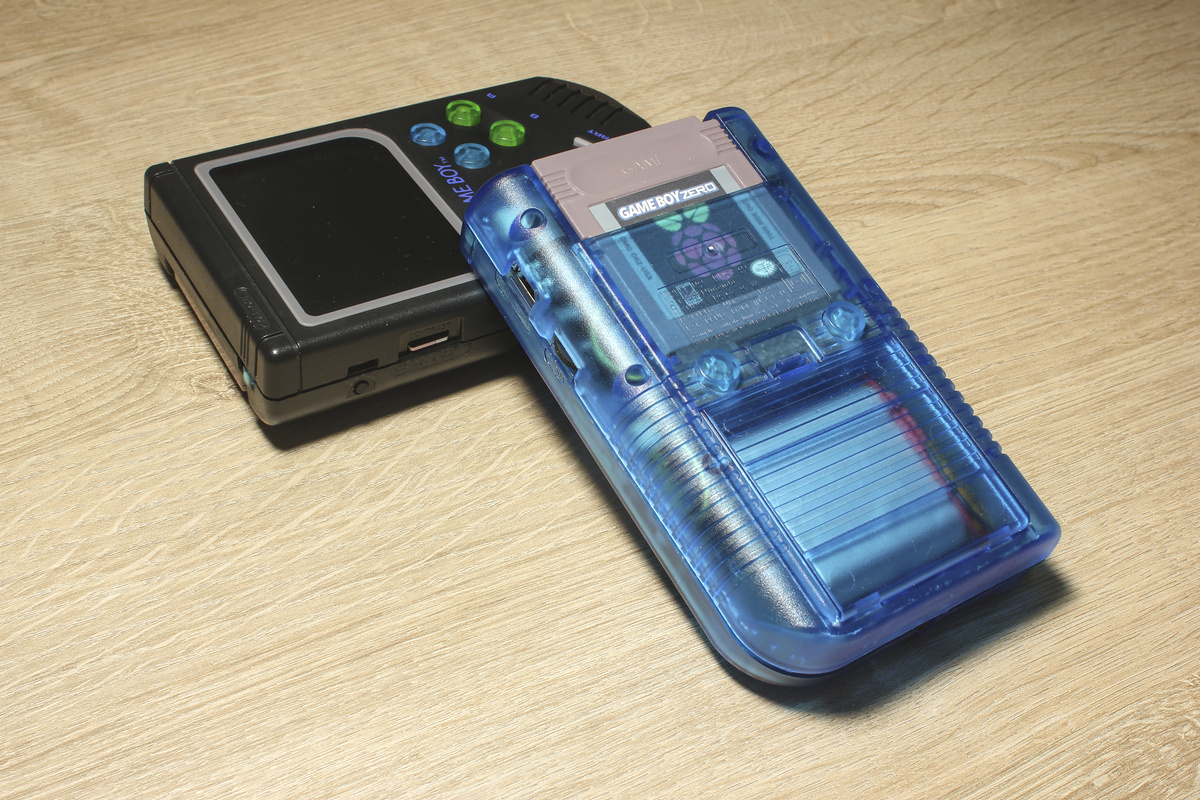 This is the second GameBoy Zero I’ve built. This one is based on Kite’s Circuit Sword Lite, which has a few advantages over the Super-AIO board he released earlier. There is a PCB to have buttons on the back that use the same membranes as the ABXY buttons on the front, much better than the “clicky” ones I used in the previous build. Furthermore, I used all available 3D printed parts, ensured wires were the right length, and only added a few dabs of hot glue strategically. So the inside part is very clean, as it should be, since it is visible through the translucent case. Very happy how this one turned out. 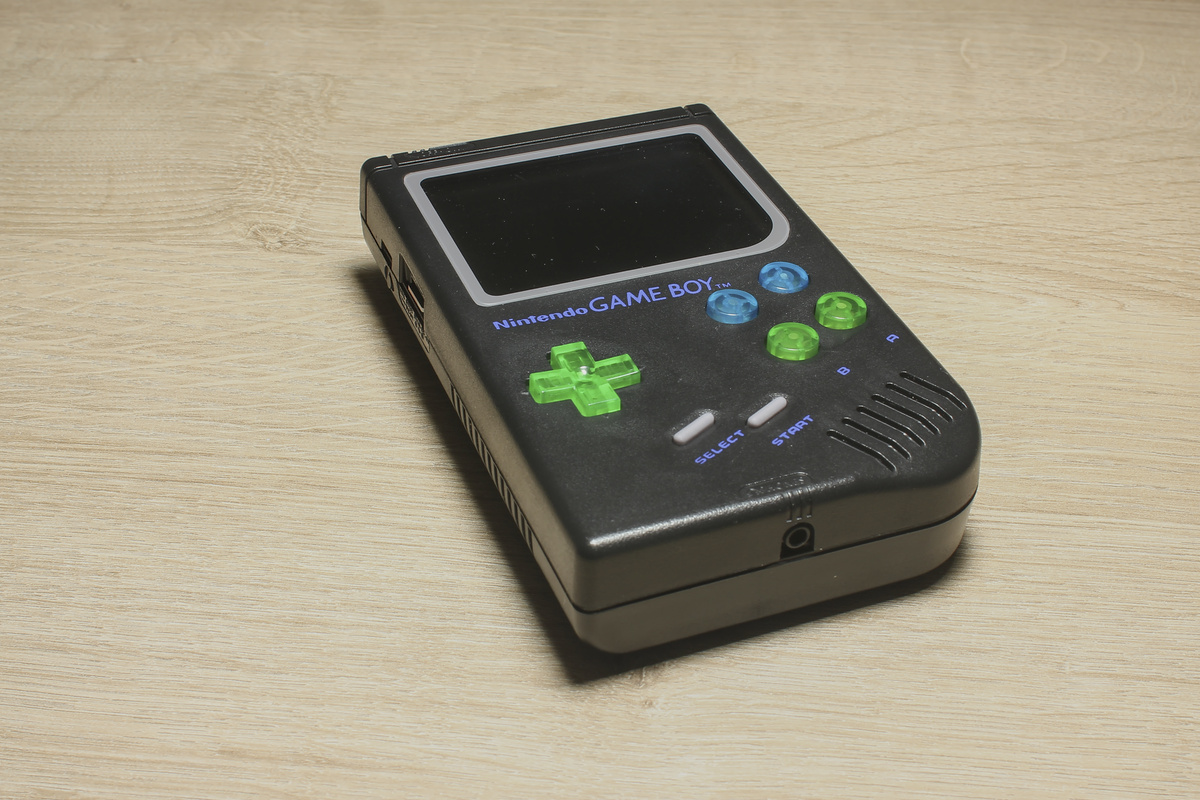 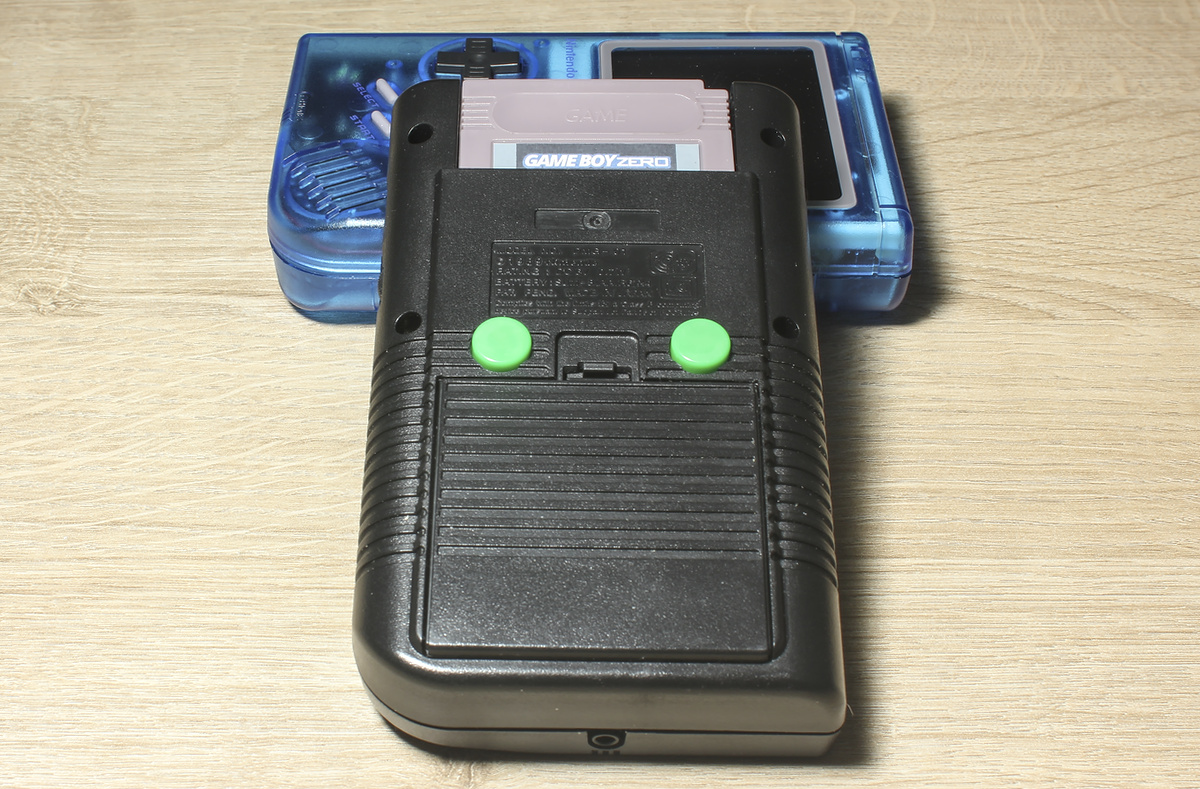 First build, looks great on the outside, but the inside is a little messy. There were a few issues with the soldering (my iron broke completing the last few connections and probably wasn’t running at the correct temperature for most of this project), and as I didn’t use as many 3D Printed parts as I should have, a lot of hot glue is used to keep things in place. The shoulder buttons however aren’t great and make playing some GBA and SNES games annoying (and loud as they are “clicky”). It is still a great device for playing games that don’t rely on the shoulder buttons (much).

Here is an overview of resources I used for my builds. Note that depending on the board you use, and the options you want, you might need to check additional websites.

Share:
Gwent: How Many Pro Players Are Out There ? Building a Bluetooth Speaker Part 2