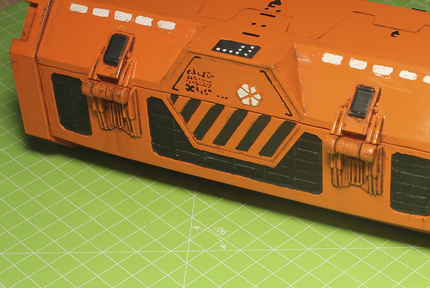 Finished my Kyber Crystal Crate Bluetooth speaker as shown in The Smuggler’s Room. The electronics inside were discussed in part 1. The shell is printed in PETG which had some issues with the details as the retraction settings were not dialed in 100% yet, so the prints required a fair bit of filling and sanding to get them where I needed to be. Enabling Retraction Extra Prime Amount helps a lot with PETG prints that require a lot of retractions, so in the future I’ll run PETG prints with these updated settings. I was initially planning on painting these with paints for miniatures (which I had at hand in the right colors) but this turned out to be a disaster … So a trip to the hardware store to pick up a rattle can of orange spray paint was necessary! 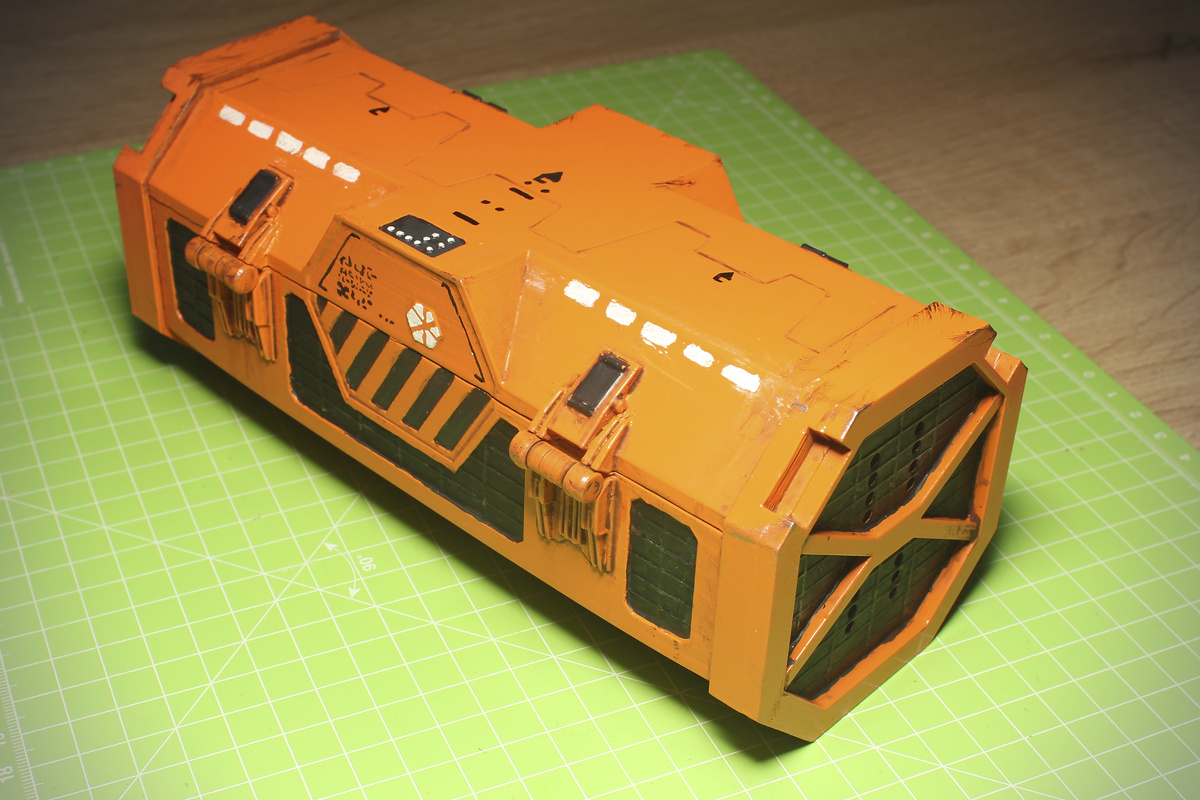 Everything that is not orange is painted with miniature paint, which works for weathering … but not as convincing for the white markings. These aren’t quite as crisp as I would have liked, probably cutting a stencil out of sticker paper (rather than a plain sheet of paper) would have helped. As would an airbrush, which I have been thinking about buying for a while … 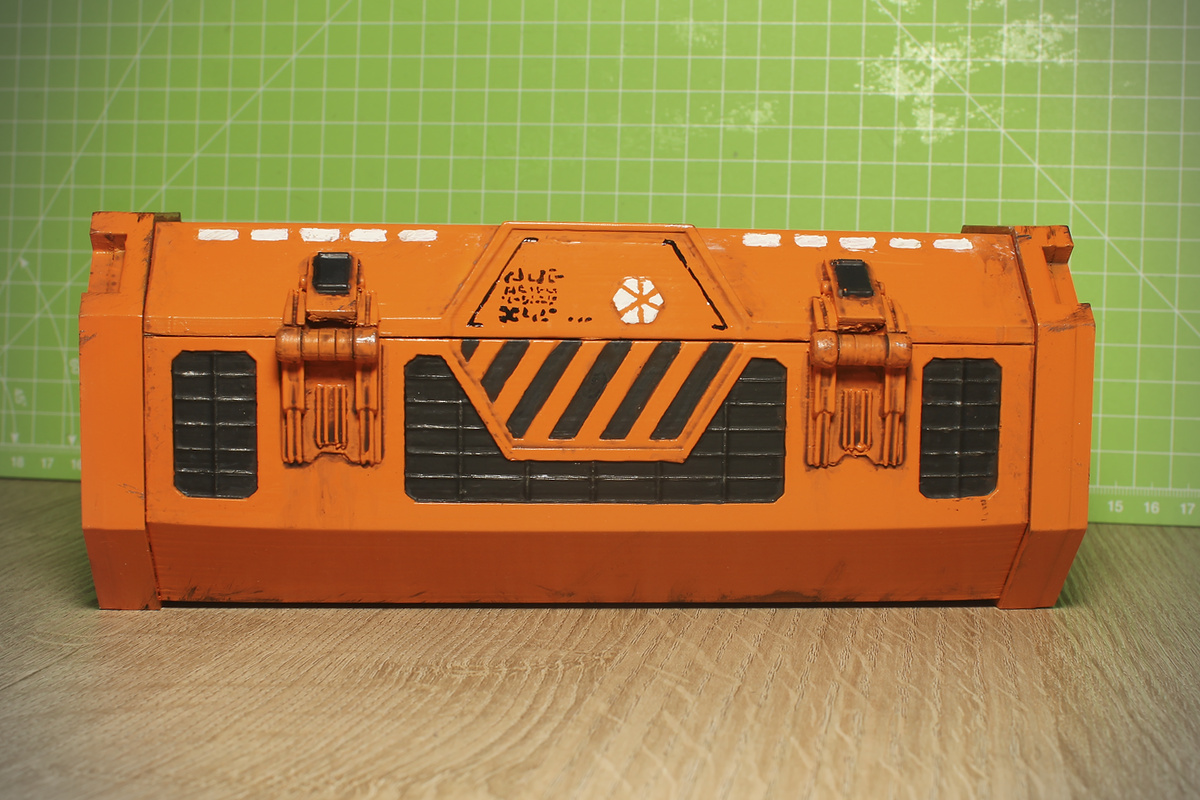 The inside I’m not going to show … too much of a hot glued mess. Ideally I would avoid using hot glue and try to create spots to attach my components directly in the 3D printed parts … two problems: I was still figuring out how to edit STL files and didn’t have all components at hand to take measurements. 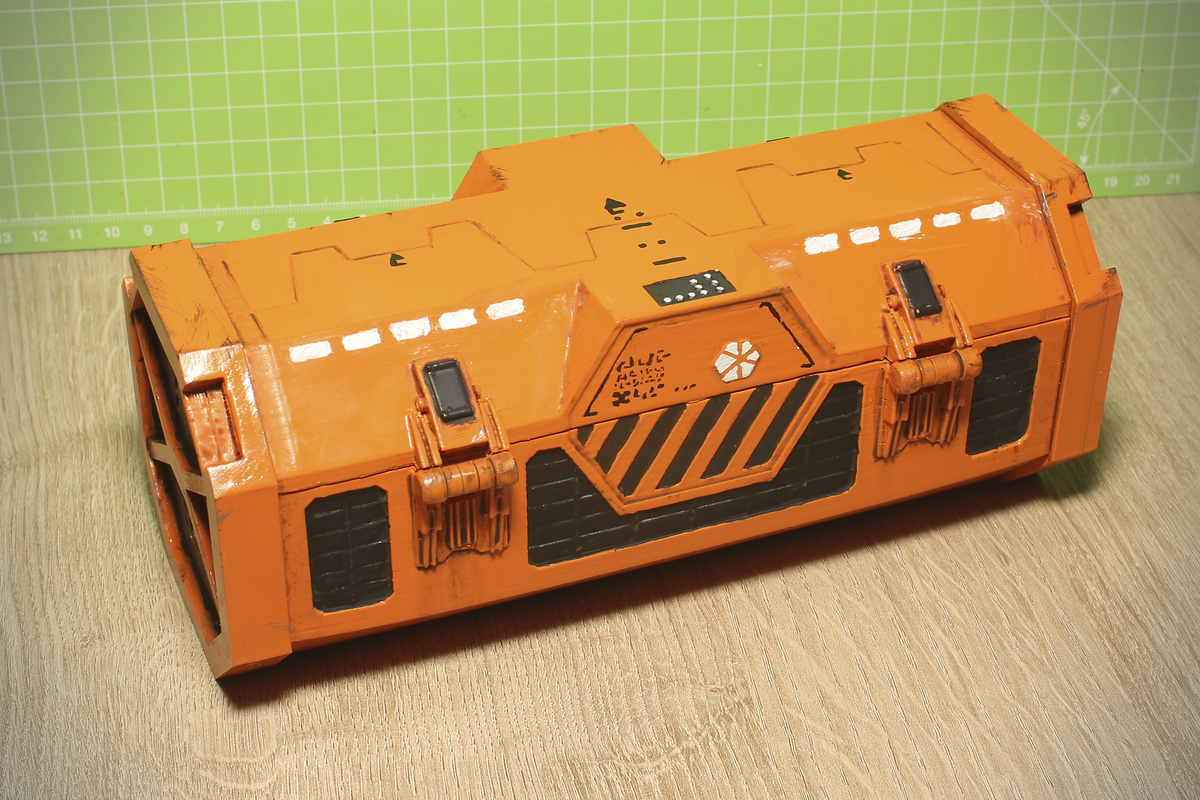 Overall it turned out to be a nice speaker, the sound is surprisingly good for components that just cost a few dollars each. The painting could have been better, but the weathering hides the crimes and when viewed from a few feet away it is hardly noticable. Very cool thing to put on the table while playing some Star Wars related board game or something else in a futuristic settings like Star Realms or Gaslands.