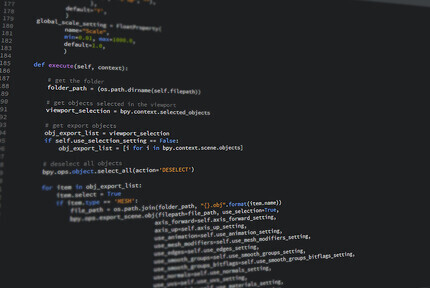 How well do you know your algorithms? If you are a self-taught coder (like me), this might be a gap in your knowledge! This post is my attempt to get some extra practise under my belt writing algorithms to solve a few coding problems. On CodeForces, a site where there are programming competitions, the assignments from previous competitions are all available as well as the infrastructure to check your solution. So let’s use this resource to level up our programming a little.

On CodeForces all problems have a difficulty ranging from 800 to 3500. The lower the difficulty the easier to problem is to solve. To get started I recommend picking an easy problem to tackle to get familiar with the platform, how to get the input, how to submit a solution, …

I picked problem 119A titled “Epic Game”, with the lowest difficulty of 800, to dip my toes in the water. The goal is to write a problem solve this issue:

Simon and Antisimon play a game. Initially each player receives one fixed positive integer that doesn’t change throughout the game. Simon receives number a and Antisimon receives number b. They also have a heap of n stones. The players take turns to make a move and Simon starts. During a move a player should take from the heap the number of stones equal to the greatest common divisor of the fixed number he has received and the number of stones left in the heap. A player loses when he cannot take the required number of stones (i. e. the heap has strictly less stones left than one needs to take).

Your task is to determine by the given a, b and n who wins the game.

Input The only string contains space-separated integers a, b and n (1≤a,b,n≤100) — the fixed numbers Simon and Antisimon have received correspondingly and the initial number of stones in the pile.

The first solution I came up with is very straight forward, the inner loop alternates between both players, adjusting n as described above. This is repeated (outer loop) until a player wins a game, in that case the winner is printed and the loop broken.

There is some spice in how the input is read from standard input; input().split() will grab a line from STDIN and split it at whitespaces. the map function will apply the int on all parts turning the input from string into integer numbers. Using * a list can be passed as arguments to a function. As all challenges will get the data from STDIN, it pays off to know a few of these tricks to quickly and without too much code pull in that data.

If you save this code to a .py file, you can submit it on the platform. As CodeForces supports solutions is a number of programming languages you’ll have to specify that Python 3.7.2 is used here. Or you can select PyPy 3.6 (7.2.0), PyPy is a faster version of Python, and as there is a limit to how long your code can run before failing, this could be an advantage (though it really doesn’t matter much here).

I also noted that my code here has some later verbose sections, at the bottom of the post you can find my attempt to write is as short as possible.

Moving up to a more difficult problem “Skier”, where you have to track the movements of a skier and determine how fast he can complete a certain path. When going along a stretch they visited before he can move faster than going somewhere for the first time. You can read the full problem description below:

Skier rides on a snowy field. Its movements can be described by a string of characters ‘S’, ‘N’, ‘W’, ‘E’ (which correspond to 1 meter movement in the south, north, west or east direction respectively).

Find the skier’s time to roll all the path.

The first line contains an integer t (1≤t≤104) — the number of test cases in the input. Then t test cases follow.

Each set is given by one nonempty string of the characters ‘S’, ‘N’, ‘W’, ‘E’. The length of the string does not exceed 105 characters.

The sum of the lengths of t given lines over all test cases in the input does not exceed 105.

For each test case, print the desired path time in seconds.

While this solution is correct, CodeForces will not accept this as it takes to long to complete… Looking up in a list if the upcoming section was visited before is a very slow step. I didn’t pay attention that the maximum input can be 105 steps, so I didn’t pick the correct data structure. A dictionary is the better choice if you need to look things up fast and frequently. So read the instructions carefully before getting started. Especially if you plan to join a real competition where incorrect submissions will cost you points. Not to mention you lose time having to re-implement your solution.

Here a defaultdict is used which will return a value of five each time an element is accessed which hasn’t been set yet. So, here we determine the current (x, y) and next (nx, ny) coordinates of the skier, grab the smallest value for that section and the reverse from the dictionary, increase the counter by that value. Set the value for that path in the dictionary to one and update the current coordinates.

After solving a few more problems with a difficulty ranging from 800-1600, I got stuck on “Two Buttons”. While I found a solution which included a recursive, depth-first search, I couldn’t get it to work fast enough. Even after adding every optimization I could think of … nothing … still way to slow. So I took a look at some of the valid solutions which were remarkably simple! There was a trick necessary that I’m certain everyone with a CS degree will have encountered during their studies. While it is super inefficient to find the optimal path from start to finish as I was doing, it is simple to find the solution when going the opposite direction from stop till start. Now the solution, is trivial and can be written in a few lines of code.

Code Golf is implementing code as short as possible. While this is not a requirement for CodeForces, I did attempt to shorten the code for Epic Game here…

… and here is an abridged version for Two Buttons. While correct it fails on one of the tests because it hits the recursion limit (the number of times a function can call itself, the limit is 1000).

This is very much against the Zen of Python that code should be readable, which this isn’t! So don’t use this when writing code for projects that need to be maintained, it will come back and haunt someone (most likely you).

Apart from having a few excuses to play with recursion, use lambdas and the map function to write short (albeit not very readable code), I’ve learned the most getting stuck! The common advice to approach a problem from a different angle here could quite literally be applied. This is a trick I will keep in mind when attempting to solve more difficult code challenges.