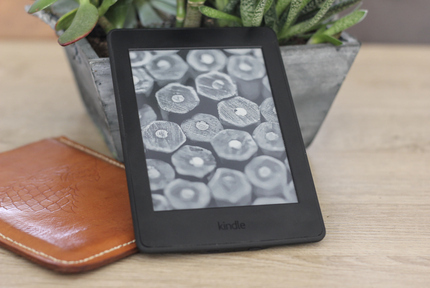 Kindles have amazing e-Ink displays, if we can manage to install Python on one, we could turn an old kindle into a low-power dashboard! An old Kindle is also considerably cheaper than a new e-Ink display module that can be hooked up to a Raspberry Pi. So it makes a lot of sense to repurpose my old Kindle that has issues. Even after replacing the battery, it lasts only 2-3 days when being used moderately. That isn’t nearly enough during trips where it can’t be charged daily. While I will buy a new ebook reader sooner or later, I really hate to throw an otherwise fine device away. Especially one that has a great display that still works perfectly fine. Fortunately, I found a way to repurpose it and breath some new life into this device. 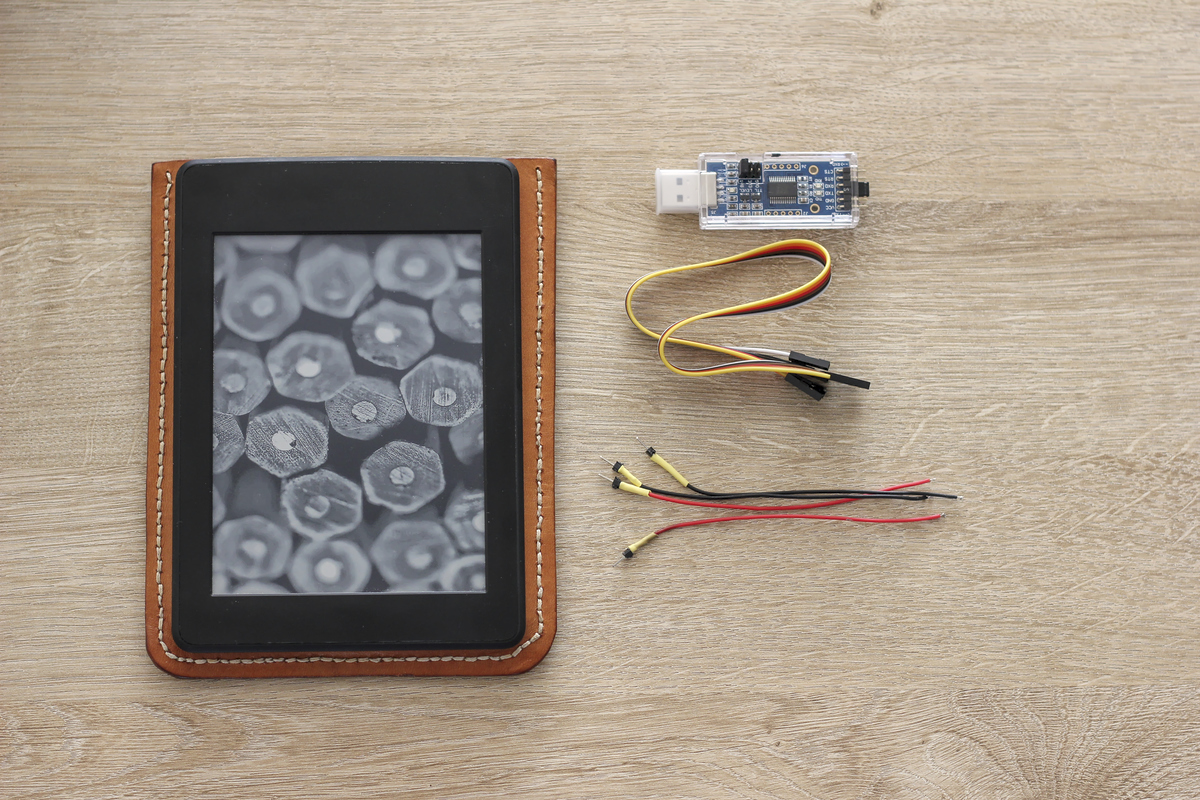 Installing Python on the Kindle

As you can’t install additional software on a stock kindle, you have to jailbreak it first. This will void your warranty, so in case you want to try and do so it is at your own risk. There are two main ways to do this:

For the serial jailbreak, apart from a soldering iron and a few wires, you’ll also need a USB to Serial stick. There are plenty of these to be found on Amazon, eBay, … but make sure you have a model that supports 1.8 V as this is what the Kindle requires.

As my firmware version was too new for the software jailbreak I stared with the serial/hardware jailbreak. After connecting it to my computer it wouldn’t accept the root password (potentially because I had done the software jailbreak before and lost it updating to the latest version in an attempt to solve the battery issue). So I couldn’t jailbreak my device that way either. However, while you are connected via a serial port to the kindle and have a usb cable connected you can boot it in recovery mode (hit enter at the right time during the boot), and from there you can export the partition table. At that point the kindle will show up as a usb storage device on your computer and you will be able to copy any firmware binary to the root of the kindle and from the command line force the installation, effectively downgrading your kindle (You can’t copy the old firmware first, as it will be removed when rebooting the device). Now the software jailbreak can be used. 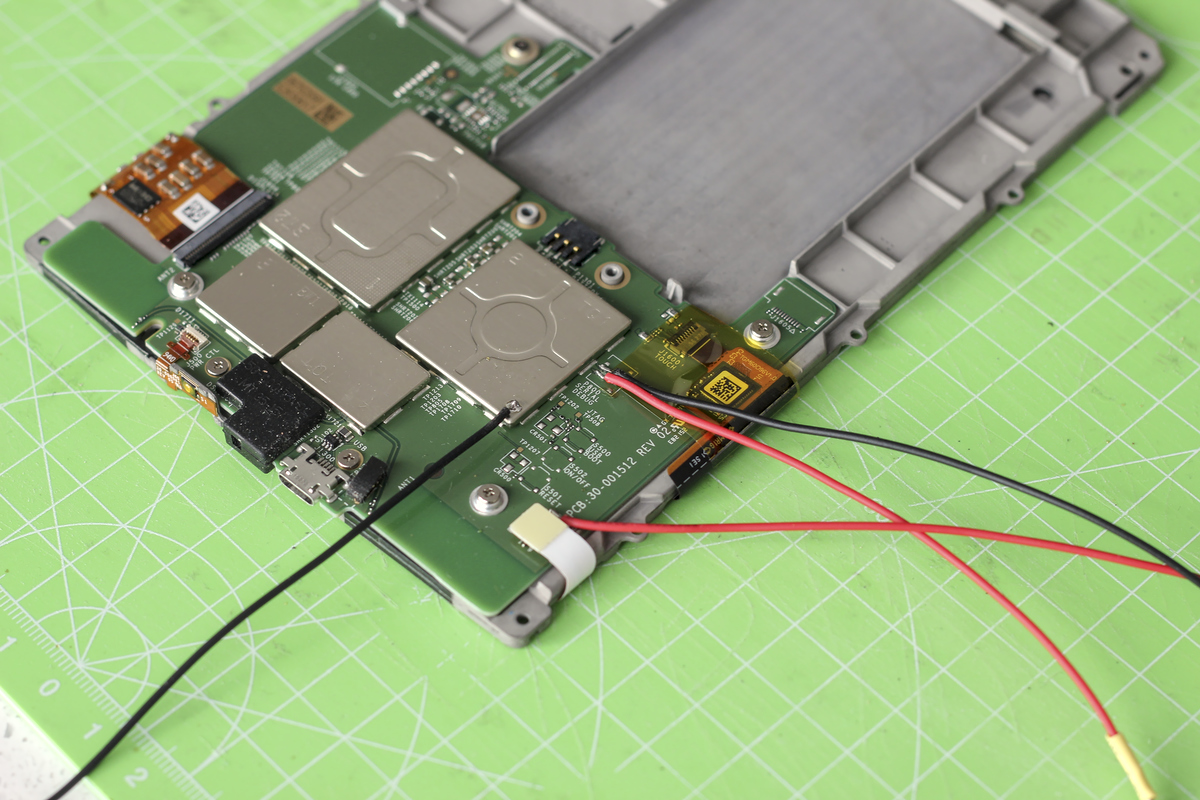 Once you have successfully jailbroken the Kindle, install KUAL. This is a launcher that allows other packages to be started from a menu. Next, install the MobileRead Package Installer aka. MRPI, which will simplify the next step. Finally, we’ll need Python 3.8, which you can find here. Drop the binaries in the right folder, from KUAL start MRPI and they will be installed. 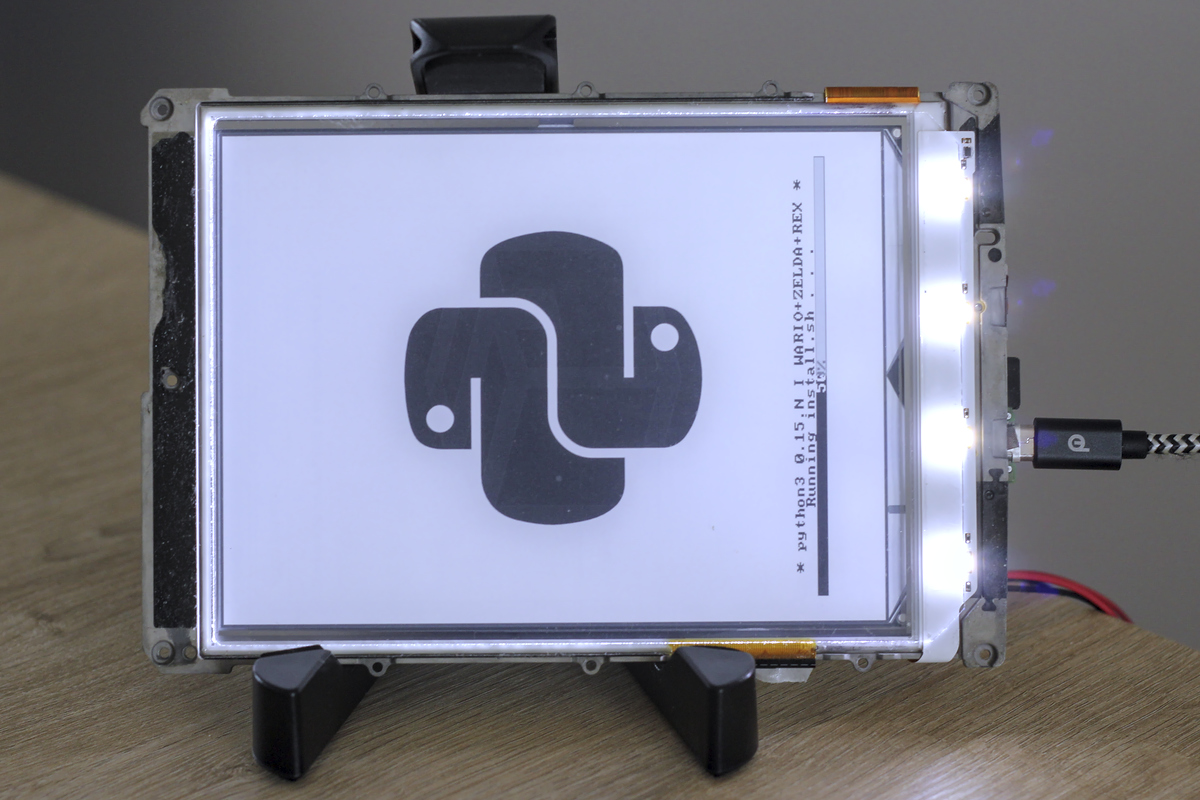 Python is installed and KUAL provides us with a way to start our script. Let’s start to build a KUAL extension. Here we’ll just discuss the boilerplate code, the dashboard python script will be discussed in the next post. The file structure of our extension can be seen below, the folder dashboard will need to be copied to the extensions folder on the kindle.

There are two files which are essential for the KUAL extension config.xml and menu.json, these you can see below. They are mostly self-explanatory, however make sure the id in the config file matches the name of your extension’s folder (in this case dashboard). In menu.json you can define where you want buttons to start your script in KUAL’s menu (here they are in the main menu). As the dashboard script (start.sh) goes into an infinite loop, requiring the kindle to be restarted to stop it, for debugging/testing purposes there is also a version included that will run only one loop to test if everything is in order (start_once.sh).

run.py is a placeholder that will be discussed in the next post, this is the python script that will get the data online and turn it into something we can display on the Kindle.

For the actual dashboard all files are in the bin folder, where there is a shell script, start.sh, that will run the python script, put the system into a deep sleep and repeat once it wakes up. Note that this script will run forever and the kindle needs to be restarted to kill it. While this is fine for a dashboard, for debugging/testing this is a little annoying, therefore a script start_once.sh is included, which will run the script once and stop.

With these scripts in place everything is set up to start working on the Python code that will grab some data and display it on the screen. However, that will be discussed in the next post, for now you look at the picture below that shows KUAL with our own freshly created buttons, that will soon run some Python code to do our bidding. 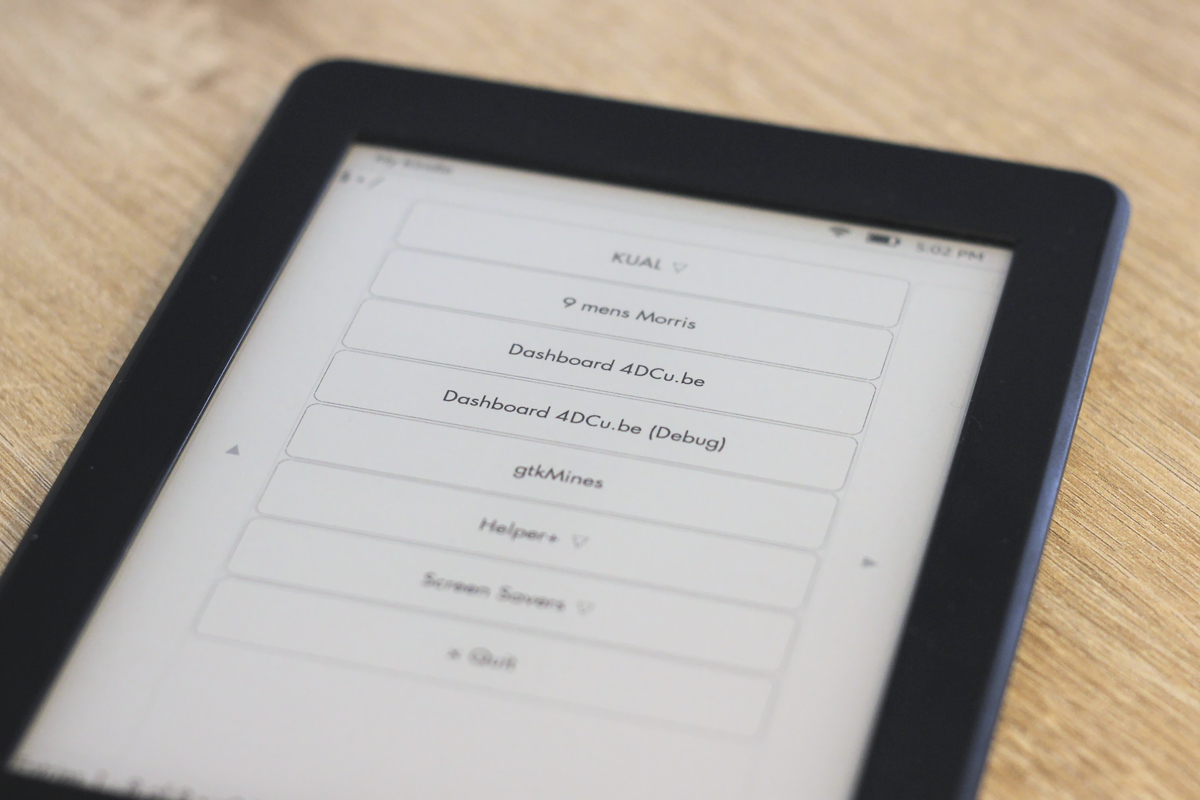 While not without issues, it was possible to jailbreak the Kindle Paperwhite 3, install Python and run custom code on it. This means everything is ready to start hacking together a few scripts to actually turn the kindle into a dashboard. Stay tuned as this will come up in the next post.